OPEN Rights Conference: the Right to Know and Secrecy as the Cloak of ‘reality distortion fields’ 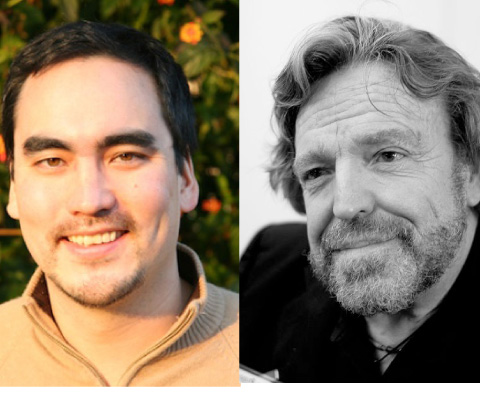 Yesterday I turned from supporter of the Open Rights Group into an admirer, by attending ORGCon 2013 – their 3rd annual conference – with a most admirable programme of workshops and exquisitely well chosen keynote speakers:

Tim Wu – author of The MasterSwitch – to open and set the scope who pointed out how important ‘amateurs’ are for important inventions in humanity’s history, i.e. radio broadcasting. So I’m in excellent company!

And then the most admirable John Perry Barlow – an internet guru with a big difference – to close, talking about ‘reality distortion fields’. I really love this term! While he seems to refer to it to describe the gap between mainstream and online media, it is crucially significant for me, as ‘science’ has also contributed to a distortion of reality.

One of my favourite quotes has long been:

Who cares that I found ‘metrology’ to be the missing link? And new mathematical spaces and transformations as the basis for my prototype? In my intellectual odyssey, I have certainly understood how physics is NOT capably of describing ‘reality’ in both micro- and macro-scale. Physics builds on mathematics which relies on computing. But who makes connections across the disciplines?

In this TED talk, John Perry Barlow talks about the right to know which was also yesterday’s title and which my Smart Knowledge Portals should contribute to:

Here he talks about ‘openness’ and says: “Love forgives Everything” and cites Franz Kafka:

Besides being moved to tears by him on several occasions, I thoroughly enjoyed meeting

I just wish that lawyers understood the difference between the boredom of their ‘verbiage’, compared with the effectiveness of ‘functionality’.

The day was planned to end in The Globe – a pub with the quaintest of outside space upstairs. A most wonderful journalist took this photo and I felt understood across my broad spectrum of interests. What a dot on the ‘i’ of a great day – while Alex Jones and Tony Gosling closed the gap between mainstream media and the online world – regarding the meeting of the Bilderberg group in Watford.

1 Response to OPEN Rights Conference: the Right to Know and Secrecy as the Cloak of ‘reality distortion fields’