Time for Change: A New Vision for the British Economy #EconomicJustice @IPPR 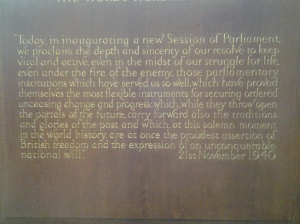 This event was organised at Church House in Westminster to launch the Interim Report of the IPPR Commission on Economic Justice.

The conference room is decorated by a plaque to commemorate the war years when Churchill appealed to the “proudest assertion of British freedom and the expression of an unquestionable national will.” – Is that alive in today’s globalised world?

Michael  Jacobs presented the findings of the report,

Juergen Maier, CEO of Siemens on the panel, made 2 recommendations:

Sally Tallant gave her views as the Director of the Liverpool Biennial Festival of Contemporary Art: END_OF_DOCUMENT_TOKEN_TO_BE_REPLACED

“Your images are stunningly good” wrote Dr Martin Kemp – Chair of the Institute of Materials.

“Very promising technology” came from an associate of the National Institute for Health Research.

Or do men need reminding of Faust’s: The eternal Feminine draws us upward so that STEM [Science, Technology, Engineering, Maths] can embrace the Arts and become STEAM? This Guardian article says: Innovation is born when Art meets Science or as Matt Ridley suggests in this TED talk, when ideas have sex.

Here are links to the paintings re-visualised by our Smart Knowledge Engine – a work in progress – in our unique True Colour 3D – with a few samples from Tate Britain: END_OF_DOCUMENT_TOKEN_TO_BE_REPLACED

I had no idea who the speakers would be at this Grand Salon. But, once again, Digital Leaders put an excellent event together, with respect to:

ANDREW COLLINGE outlined the areas that he wants to address in his scoping exercise: END_OF_DOCUMENT_TOKEN_TO_BE_REPLACED

Digital Town Hall: Co-Creating a Smart London took place on Tuesday, 13 June 2017, in the historic Town Hall of Bethnal Green that has become a hotel and event venue.

The meeting was organised by Robert Monster, CEO of Digital Town who calls himself an ‘enlightened capitalist’ and introduced IoP as the Internet of … PEOPLE!

To my delight, I also saw a slide on Public Private PEOPLE Partnerships!

The list of speakers was most impressive, starting with the keynote given by

We are one species and we meet each other. It’s about re-connecting the people who were split.

A Smart Cities Network is Globalisation 2.0 – beyond corporations and politics, based on fairness, enlightened self-interest and life on earth not as a sprint, but a team sport.

In the age of advanced globalisation, everybody in position of authority has a dual mandate: 1. their own people and 2. everybody else on the planet.

I perceive a new standard of governance. All good things come from stirring things up, bringing the conventional and the sharing economy together.

END_OF_DOCUMENT_TOKEN_TO_BE_REPLACED

Seeing the invisible: Event displays in particle physics is an article published by CERN in June 2015. It shows the history of capturing for the human eye what theoretical physicists postulate and experimental physicists demonstrate.

Photo taken in 1932 showing a track left by the first POSITRON ever identified. The line across the centre is a 6 millimetre lead plate separating the upper and lower halves of the bubble chamber.

Re-Visualised as a movable object in ‘True Colour 3D’ – not artistically, but visually enhanced – by the code that fuels our Smart Knowledge Engine – a work in progress

What more might the re-visualisation reveal? At a minimum, it makes images numerically comparable so that ‘odd’ events could be spotted digitally rather than by the human eye.

I remember Georges Charpak as one of our many clients in the Programming Enquiry Office, but never knew that he had been in Dachau, as Wikipedia tells me. Now I read that he was the one who introduced ‘digital’ to the event capturing techniques used at CERN.

END_OF_DOCUMENT_TOKEN_TO_BE_REPLACED

Nanosurfaces 2017 – the first of hopefully an annual event – created by Dr Martin Kemp, founder of xcience.co.uk and Chair of the Institute of Materials where the event was held.

The very convincing and compelling keynote was given by Stephen Coulson as his success story with pi2.com – Perform, Protect, Improve – to develop water repellant coating for electronics and hearing aids.

The complete programme of speakers is published here. I showed these five slides in five minutes in the afternoon, demonstrating Mona Lisa opening her eyes for this elite audience as an apparently unforgettable event. I now need to look for ‘end users’, I’m told.

I noted here particularly those who I thought would benefit from using our method to re-visualise images in True Colour 3D – the tool with which ‘domain experts’:- END_OF_DOCUMENT_TOKEN_TO_BE_REPLACED 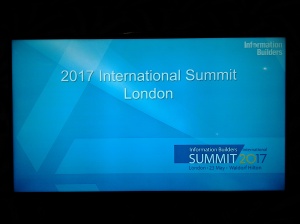 CONNECT the DOTS: between DATA and ANALYTICS – that was the theme of this year’s summit – the first for me, discovered thanks to the Corinium conference for Chief Data Analysts Europe

Peter Walker – VP and responsible for EMEA countries for Information Builders was the Master of Ceremonies.

Gerald Cohen – the President and Founder of Information Builders offered his wishes by video. END_OF_DOCUMENT_TOKEN_TO_BE_REPLACED